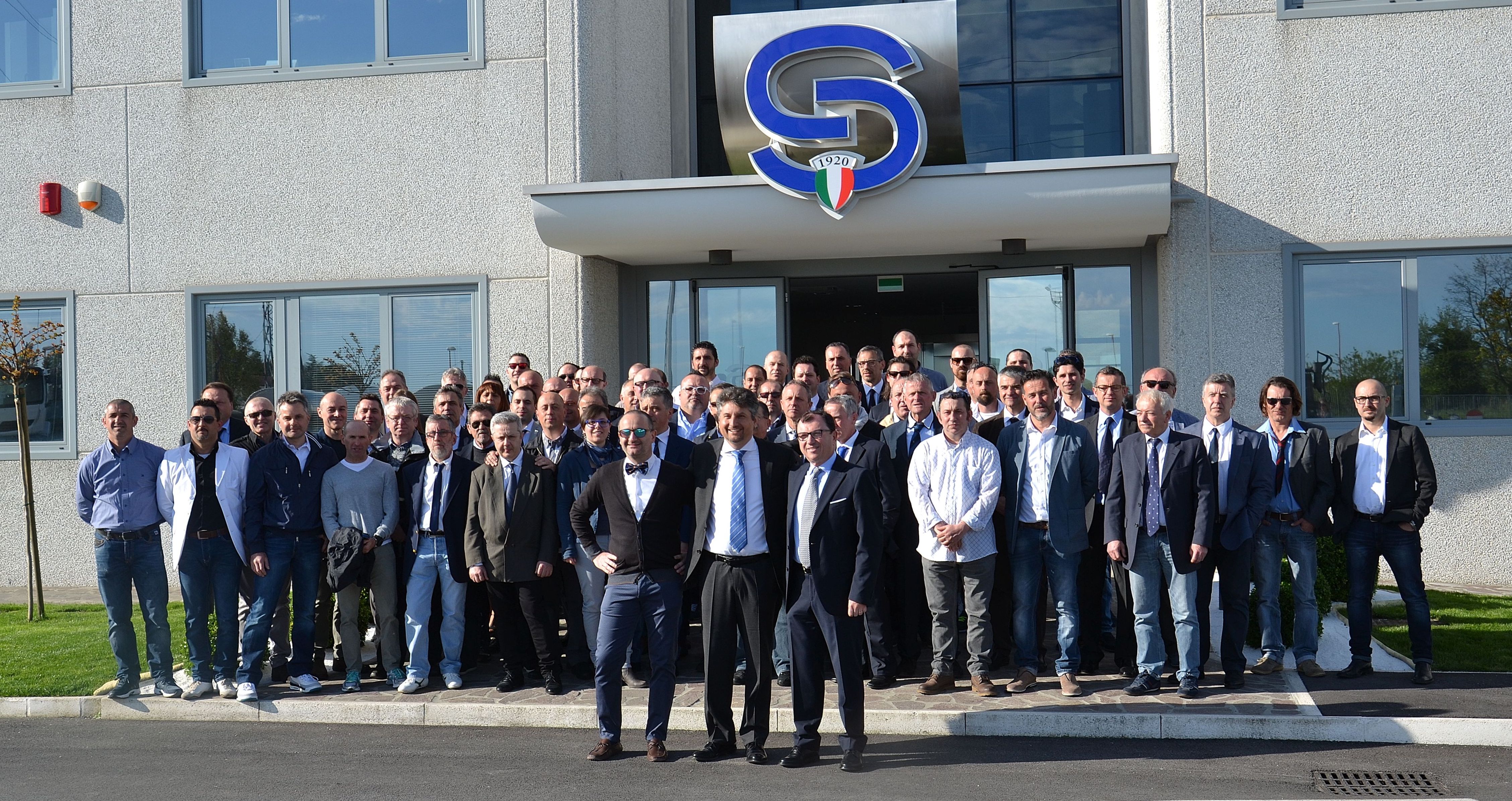 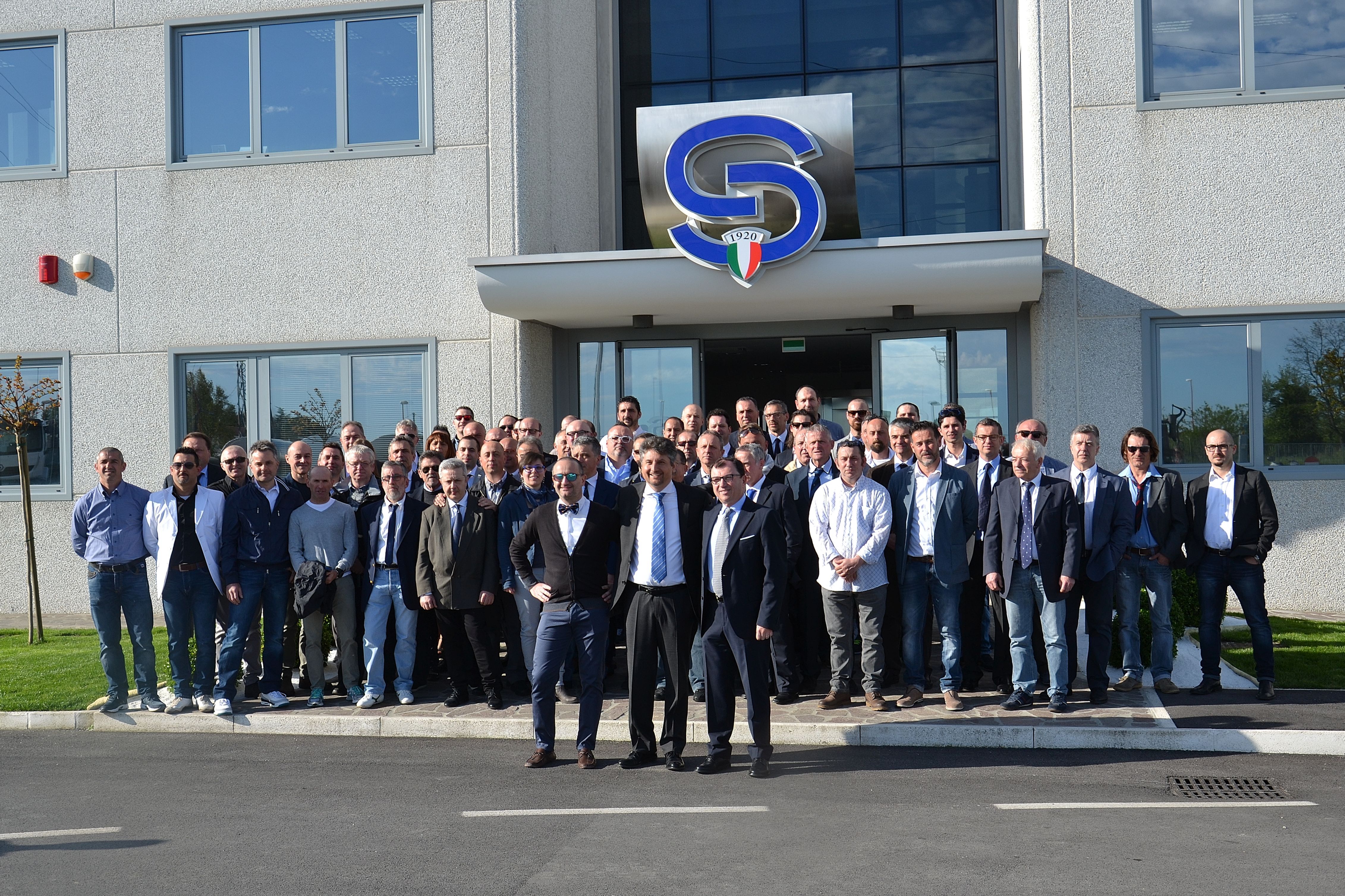 We are constantly studying innovative solutions for transport according to the demands and specific requirements of our customers and respecting the strictest Standards. We consider Quality and Safety as the fundamental principles of our culture and activity; during the last few decades, the Company has had the ability to develop and upgrade from unsophisticated artisan equipment and cycles, to workings of an industrial type, with substantial progress in the quality of the products produced. We are aware of the importance and assume our responsibilities socially and environmentally and we are committed to demonstrating our professionalism in the management of relationships with our colleagues, suppliers, clients, and external corporations, and we pride ourselves on our courtesy, honesty, and respect for the law. Today, we can affirm that SACIM is a leader in its field and that it represents, with its economic influence, an important source of employment in the area of Cesena. The enthusiasm, creativity, and tenacity, of all those who are part of SACIM’s organisational structure along with the high professionalism of the employees and the significant experience in various sectors, are just some of the key factors that have contributed to the company’s growth.

SACIM’s origins trace back to Sunday, July 11th, 1920 with the constitution of a Co-operative Company called C.I.M (Costruzioni Industriali Meccaniche – Cooperativa Operai Metallurgici) which carried out carpentry work for the Italian Railway (FF.SS.). In 1927 this Company changed its name to S.A.C.I.M. (Societa' Anonima Costruzioni Industriali Meccaniche) with Company founders D. Camaeti, A. Ravegnani, L. Valzania and G. Molari. In 1936 the Company started the production of tanks for the Italian Army. During the Second World War, the factory, at that time located in Viale Oberdan - Cesena, was almost completely destroyed, but thanks to the stability and the will of the Company founders, it was quickly rebuilt.

In 1947, S.A.C.I.M. became a Limited Liability Company and changed its name to S.A.C.I.M. Srl (Società Costruzioni Industriali Meccaniche). After the war, S.A.C.I.M. Srl rapidly began to develop and in 1955, the Company moved to its second factory, then located in Via Carlo Cattaneo - Cesena, occupying an area that was gradually extended to 33.000 square metres, including 11.000 square metres of factory and office area.

In the 1960s, there was the transition from the first to the second generation of Company owners. At the same time, the Company started the production of the first self-supporting carbon steel tanks, while in the 1970s, it started producing the first aluminium alloy self-supporting tanks.  In the 1990s, the Company began selling directly through its own commercial network on international markets outside Europe, with special reference to some markets in North Africa and the Middle East. In 2003, the Company changed its business name to SACIM SPA – Company limited by shares - and a few years later, the official transition to the third generation of owners took place. In 2010, the Company entered into the field of Ecological Equipment, giving a concrete response to the profound crisis in the market that started at the end of 2008.

On August 31st, 2015, Sacim completed its renewal and innovation project and moved to its current plant, located in Piazzale Francesco Arcano – Cesena, occupying a global area of 50,000 square metres of which 12,000 square metres are the factory and office areas, designed according to the modern concept of “lean production”, and are able to produce more than 500 tanks per year thus ensuring the Company's future prospects of development and growth in an increasingly complex and globalised market.